In a matter of days, the first two bellwether Pinnacle hip implant lawsuits will get underway before Judge Ed Kinkeade in a court in the Northern District of Texas (In re: DePuy Orthopaedics Inc. Pinnacle Hip Implant Product Liability Litigation, MDL No. 2244).

In this blog, we will take a closer look at the facts and issues of these cases. It’s important to point out that, in addition to the bellwether cases scheduled to start on September 1, 2014, there have been four other bellwether Pinnacle hip implant lawsuits selected for this MDL, and these other cases have been scheduled to get underway in November 2014 and January 2015.

By June 2010, the woman was diagnosed with metallosis, which was likely the result of the two MoM hip implants in her body (specifically, the metal components rubbing together and releasing 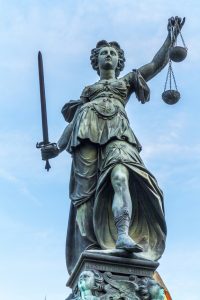 Here is a closer look at the facts of the two Pinnacle hip implant lawsuits that have been selected as bellwethers and that will be getting underway on September 1st.

While the woman reportedly had her left hip implant removed in the summer of 2010, by December 2010, the right hip implant reportedly failed, requiring her to undergo another revision surgery to remove this failed implant.

Unfortunately, this second revision surgery did not sufficiently treat the woman’s serious hip implant complications, as she ended up having to undergo yet another revision surgery in June 2011 and then had to undergo various medical procedures to treat her serious post-operative infections. This woman, according to court documents, is currently living with permanent impairments due to her hip implant complications.

The Facts of the Second Bellwether Case

As these cases get underway, we will continue to bring you the latest updates regarding their progress. If you or your loved one has been injured due to use of a defective hip implant, contact George McLaughlin today to learn more about your rights.

George McLaughlin, a partner of the McLaughlin Law Firm-McLaughlin Law Group, P.C., has more than thirty years of experience handling product liability claims at the national level. His focus on modular neck fracture cases makes him the go-to attorney in the United States for these claims.

As an experienced modular neck fracture attorney, Mr. McLaughlin possesses the knowledge, skills, and resources necessary to assert your rights and ensure that you receive the full measure of compensation to which you are entitled.

Let’s discuss your case. Contact our firm by calling (720) 420-9800 or by emailing us using the contact form on the top of this screen. You will pay nothing to learn more about your rights during a free initial consult, so you have nothing to lose – and everything to gain – by contacting us today.

From our offices in Denver, Colorado, we provide superior legal service and representation to injured people nationwide.